George Hart, the master geometer, has this procedure on his website, http://www.georgehart.com%7CGeorgeHart.com

Step-by-Step Instructions by George Hart, from the website:[edit] 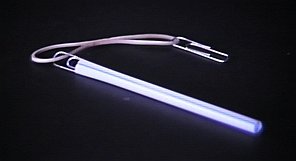 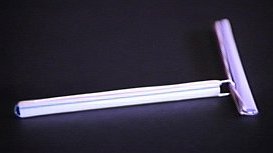 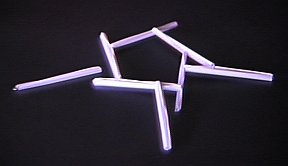 The one on the right is connected at its two points and so makes a small triangle --- one such triangle appears at each vertex of the dodecahedron. The one in the middle has one of its two connections made and needs a second to close its triangle. The one on the left is in position, but needs both connections. 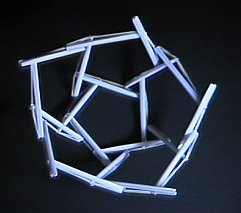 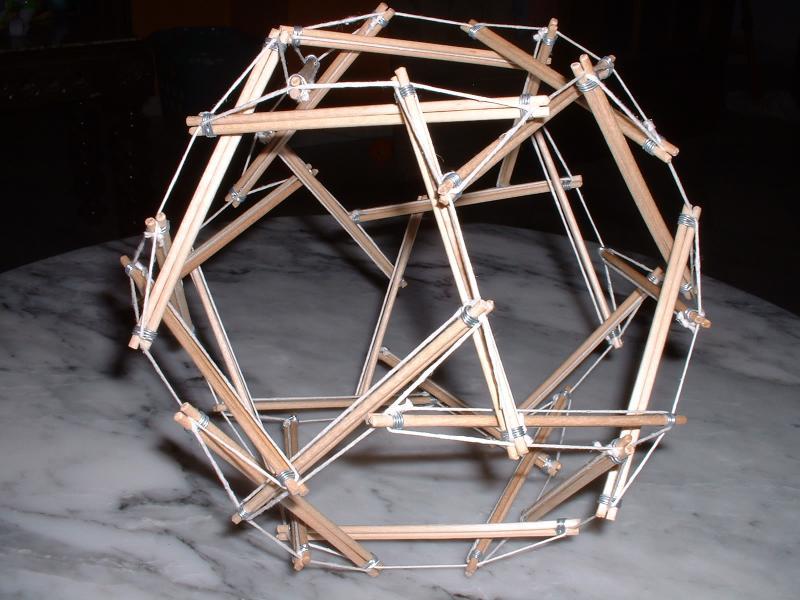 You will find a huge number of photographs of other tensegrity structures.

If you wish to learn to generate computer models of tensegrity structure, Antiprism site has the software for free download and use.

Retrieved from "https://tensegritywiki.com/w/index.php?title=How_To_Build_A_30_Strut_Soda_Straw_Dodecahedron&oldid=1370"
Categories:
Cookies help us deliver our services. By using our services, you agree to our use of cookies.