Read here about struts, the member of a tensegrity structure that bears compression as opposed to the tendons that bear the tension. The most common strut is the linear strut--see morphology below for other strut types including curved, nucleated, and ring types.

Struts express the compressive aspect of the tensegrity, most notably the following:

Some tensegrity structures deploy compressive elements composed of more than one strut. The X-Piece by Snelson (1948), for example, deploys an "X" shaped module, a wooden cross that can be described as two intersecting struts. For more discussion of such forms, see Strut, Nucleated.

Struts can assume many forms including linear (the subject of this page), curved, nucleated, and ring.

Some prominent tensegrity researchers argue that struts in a tensegrity are linear by definition. Such an argument assumes that a proper tensegrity structure segregates compressionand tension along geodesic lines, geodesic meaning the shortest or most efficient paths.

Linear struts often outline compelling patterns in space. For example, the linear struts of the 6 strut t-icosa may be deployed in perfectly mutual perpendicularity.

The compressive forces when applied precisely orthogonally to the strut will cause the strut to bulge at its center. (The strut still coheres structurally due to the tensive Van Der Waals forces allowing its molecules to cohere.) However, no force is ever precisely 90 degrees orthogonal to the strut, and the offset causes the strut to bear more compressive load in one direction. The locus of tension, when it exceeds the material's tensive strength, will shear, meaning that it ruptures. 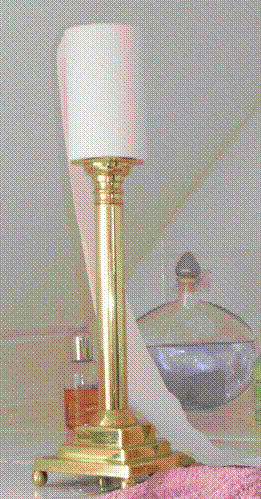